Smithfield Market was the venue for the latest bout between English light-welterweight champion Tyler Goodjohn and on this occasion sponsors, wholesale meat suppliers James Burden Ltd. 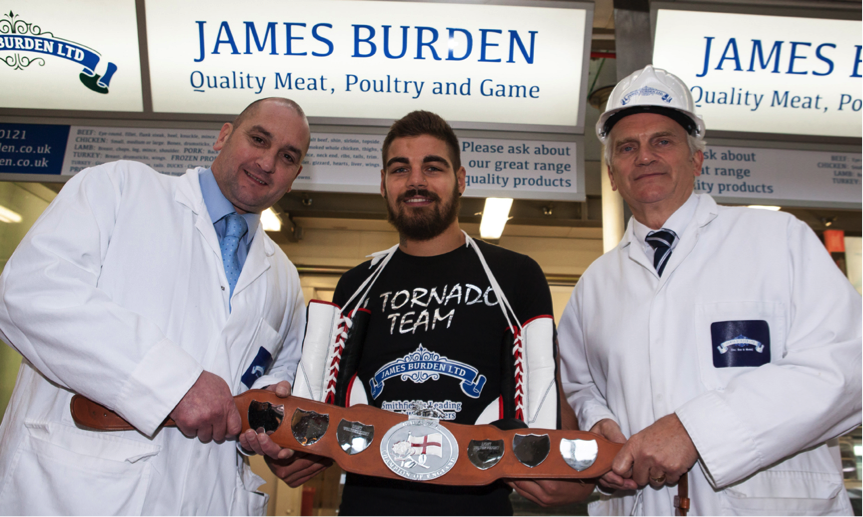 Goodjohn ‘dropped in’ at the unlikely hour (Smithfield trades between 1am and 7am!) to meet some of the team at James Burden, who sponsor and follow his progress. CEO Trevor Hussey (pictured, right), who was ringside at Goodjohn’s recent successful English light-welterweight title fight, commented “James Burden has gone from strength to strength in recent years and it is great to be in a position to be part of Tyler’s support team as he does the same in his career. We welcome the announcement of his next fight against John Wayne Hibbert on 31 January. This is for the WBC International light-welterweight belt and also an eliminator for the British title – we will be there to support him all the way.”

A number of the Smithfield team have close ties with boxing and were keen to meet 23 year old Goodjohn, who has been boxing since he was 10 and turned professional in 2012. Steve Welch, pictured left of Goodjohn and manager of one of the James Burden outlets at Smithfield, is himself an amateur boxing coach and having watched Goodjohn progress over the years introduced him to the James Burden team when he turned professional.

Goodjohn won his English light-welterweight title in a fight at the O2 against Ricky Boylan in October and has recently signed to boxing promoter Eddie Hearn’s Matchroom, a move he described as being “like signing to the biggest premier league club”.

Goodjohn took his Welterweight belt with him to Smithfield to show his supporters and naturally the event was filled with inevitable meat-trading jokes!

The Smithfield Gazette January 2015
James Burden Limited are pleased to announce their move to new, larger premises in Kent. 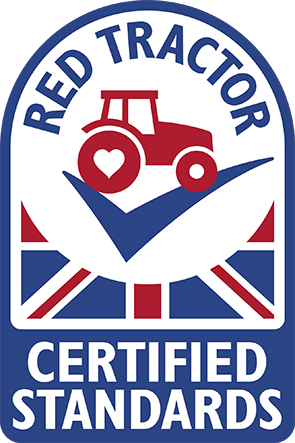